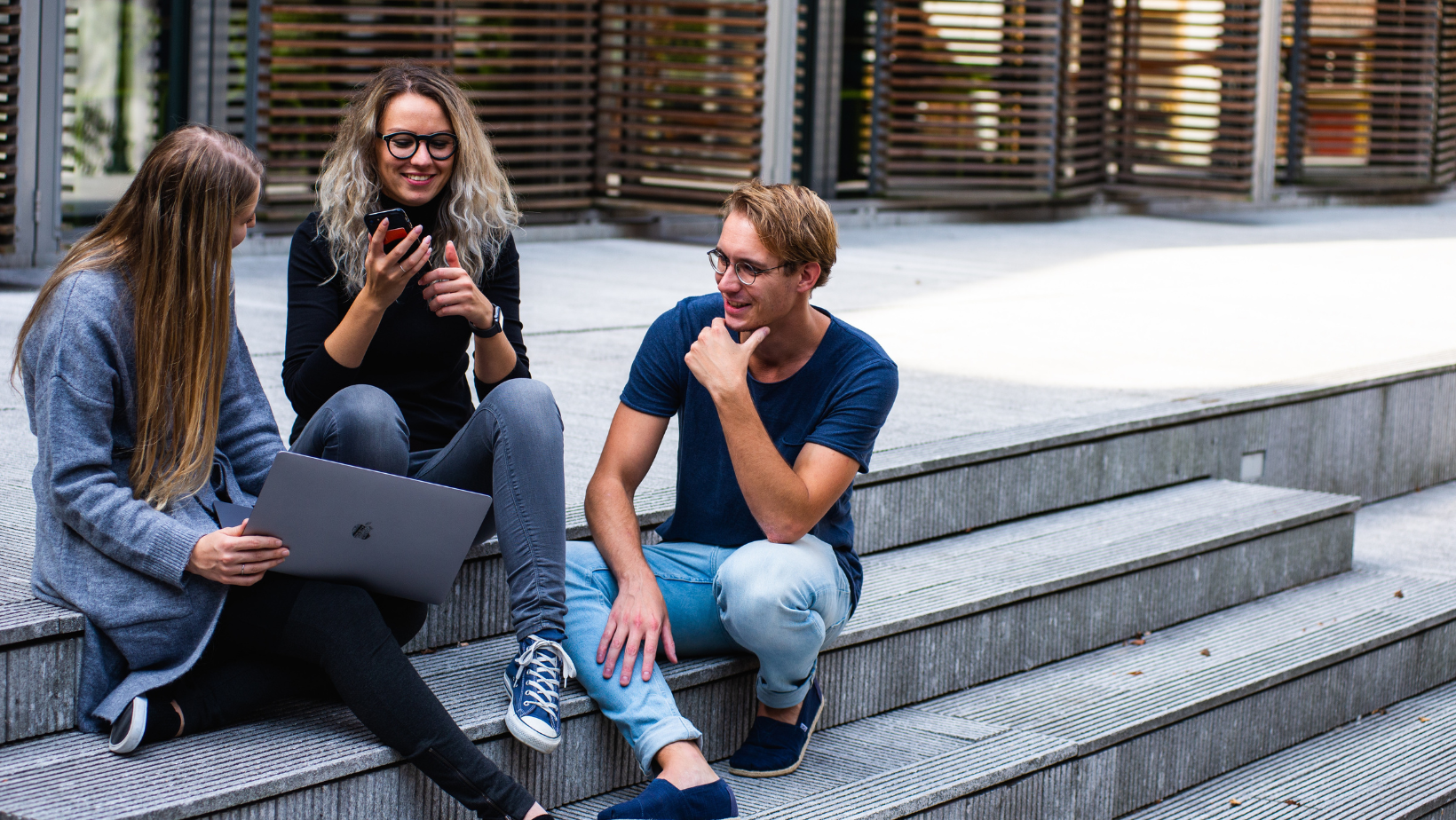 "I love that we get to create awesome places for people to live in that change the skyline of a community literally forever," Josh, a real estate developer, explains. "We get to create that space for community to happen."

In the high-stress real estate world, Josh often works with powerful people with millions of dollars at stake. Yet what he loves about his job is making a kingdom impact by providing a sense of belonging for those who will eventually live in the buildings he helps plan out.

"You're talking about hundreds of people that all live in the same multifamily project in an urban area or adjacent to a major university," he explains. "And so, we’re creating that opportunity for them to have community around the amenities and those unique living spaces."

Josh observes that housing is something that often goes unnoticed or taken for granted but still plays a major part in the lives of many people.

"We're building one of the most important physical assets that any person will ever be connected to," he explains.

Some of Josh’s favorite projects are the ones where he gets to build student housing. The first of these projects that Josh was involved in aimed to provide housing to 167 students.

"Our largest project right now in our pipeline is north of 1000 students," he adds.

Yet Josh isn't only concerned about creating physical amenities. He sees God's hand in every project he works on. And he loves harnessing the skills and talents of those on his team to reflect that creative beauty.

"God created all of us," he reflects. "And we're able to […] tap into those skills from all kinds of folks to make and create spaces that reflect the creativity and the beauty of God's ingenuity.”

His success with creating thriving communities and a sense of belonging for thousands has allowed Josh to make a kingdom impact with some of the major decision-makers in the industry.

"The opportunity to be in that room is a gift," Josh explains. "Not just anybody can walk in there and get the ears of these people or have them look at you with respect and […] dignity to say 'Hey look, we admire and appreciate what you're doing. We want to partner with you. […] We value you. And how can we help?'"

In fact, through his job, Josh has learned that many of these “captains of industry” are just ordinary people with the same fears and doubts as everyone else. He recalls an instance during a conference, where he had the opportunity to reflect Jesus to someone working for a major financial institution.

Josh had been sharing a story about some family health circumstances when the man suddenly perked up. It turns out that his wife had a similar serious health condition that was potentially life-threatening. Josh could see that his wife's health weighed heavily on the man's soul.

"He's just like weeping at the end of the table," Josh remembers. "All suited out in a very nice business dinner in the most professional of situations."

Yet Josh kept his composure and, more importantly, his compassion for the man.

“He and I are just having a bro moment,” Josh explains. “And he is wanting to know ‘how did we get through that? How did we tackle that?’ And like […] you have an opportunity to share Jesus in that moment.”

Josh never planned to have a kingdom impact in the real estate industry like that. In fact, there was a point when Josh wasn’t even sure that he wanted to work in real estate. So how did he end up here?

Josh’s journey started all the way back in his early 20s. As a young adult, he had briefly worked as a regional shopping mall manager but felt unfulfilled and frustrated.

“Due to personal decisions and all the challenges that people go through: Growing up, going through college, etc., I got super distracted with life and athletics and notoriety and bad decision making,” he explains.

Down on his luck, Josh decided to move in with his parents in Atlanta.

“‘If you want to move down here, that's fine,’” he recalls them saying. “‘But you will cut the grass.”

So, the former regional shopping mall manager got a second chance in a most unlikely form—grass-cutting for the summer at a nonprofit organization in the Peach State.

Sweating under the Georgia sun gave Josh some much-needed time to think and contemplate the direction his life was headed. And more importantly, he did so while reconnecting with God and his faith.

“It was very much God kind of inserting himself into the moment with me and giving me some perspective of myself and my life,” he recalls. It was “shocking, honestly.”

Josh also realized that God had made him for a purpose which rekindled his interest in completing his education. Previously he had studied for three years but never finished.

“I was on the Tommy Boy plan,” he chuckled. “A lot of kids go to college for six and a half years. They're called doctors. (But) in my case, they're called real estate professionals.”

Believing the worst was behind him, Josh got his academics in order, graduated from the University of Nebraska, and settled into his career in the commercial mortgage and banking world where he financed properties. Eventually, he would move over to the real estate business when a client invited him to move back to Georgia in 2006.

Jumping at the opportunity, Josh eagerly bundled up his three children and wife into the car and set off for Peachtree City, only to discover that God, yet again, had other plans. Because just a few short years later, the 2008 Recession would completely upset the finance world.

“When the finance world collapses and nobody wants to finance anything […], the real estate world stops,” Josh explains. “Money is the jet fuel that makes the plane fly.”

The exciting job opportunity that brought Josh back to Georgia evaporated overnight. The company went from roughly 85 employees down to 5.

Josh found himself at another dead end, but with the added stress of a growing family to care for. Josh was unsure of his next step.

“God, what are you doing here?” Josh recalls himself thinking.

“Why did you reinvigorate my passion and desire for a commercial real estate (job) and why did you give me this opportunity?”

A Spark of Thunder

The aftermath of the 2008 recession was a time of uncertainty for Josh. He spent a few years bouncing from job to job as he tried finding how God wanted him to use his talents. Eventually, he landed in Nebraska working for a floundering real estate company.

Despite setbacks, Josh trusted that God had a plan and set about rebuilding the company.

Was this it? Had Josh finally found his place in the world?

Josh recognized the caller as an old college buddy. With some apprehension, he answered.

“Thunder, I need you to come to Austin. I have something I want your help with.”

For a third time Josh found himself at a crossroads. One side led to safety and a predictable job, perhaps even uneventful retirement. The other led to new challenges and uncertainty. Yet Josh felt compelled to follow the second option. In a sense, God had shaped him to want to take up this new project and bring it to completion.

Eventually, that out-of-the-blue phone call would morph into the job he loves doing: Creating community.

Josh knows that God had used the floundering and job-hopping to help make him into the man he is today.

“Each piece of my career has been literally a Lego piece to build this plan and purpose that God has for me,” he explains.

Josh explains that God’s timeline is often different than ours, but nonetheless, he always has a plan.

“We find very quickly that he is faithful. That he is good. He is rarely early. He is never late. But he is always right on time,” Josh explains.

It can be easy to believe that what we’re doing in the world outside of church doesn’t matter in the eyes of God. That our career setbacks, floundering, and doubt means that we won’t be able to have a kingdom impact in our careers. Or that we won’t be able to share Jesus when a colleague cries on our shoulder about the health of a loved one. But Josh believes otherwise.

"Each one of us is in a unique situation at a unique time for a unique purpose and a unique reason,” he explains. “And if we’re open to it, God will use those to open doors that we never would have imagined would be there as we're just ho-humming along in our daily routine as ‘businesspeople.’”

And not just businesspeople. You, too, were shaped by God to go out into the world and impact the world around you using the talents and gifts that he has placed in you.

Have a question about what it looks like to make a kingdom impact right where you are?

Check out our Scatter Foundations Video Series to learn more or signup for our Scatter Email.

Scatter Stories is a monthly series highlighting how God is using everyday people in everyday jobs to make a kingdom impact around the world. 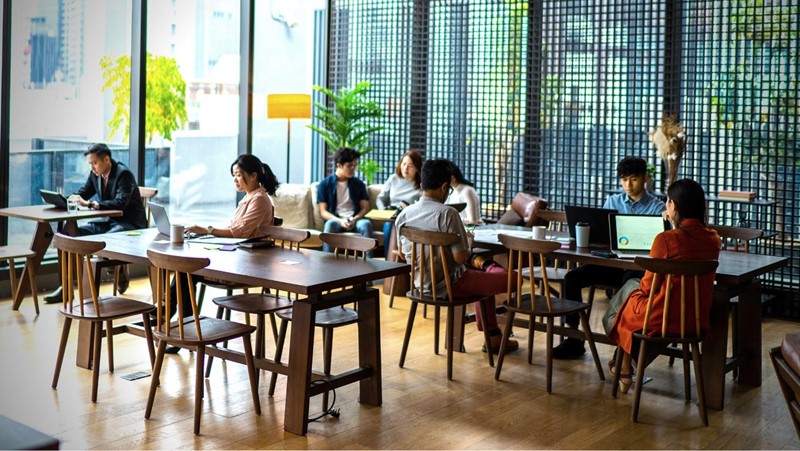 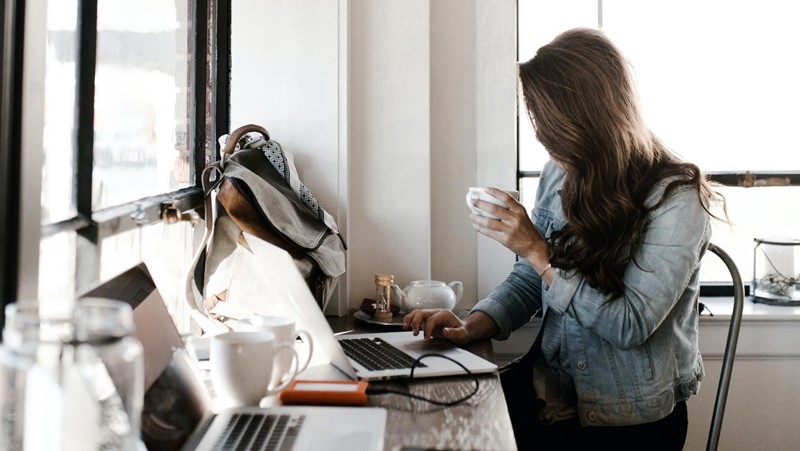