What was Joseph’s God-given SHAPE? 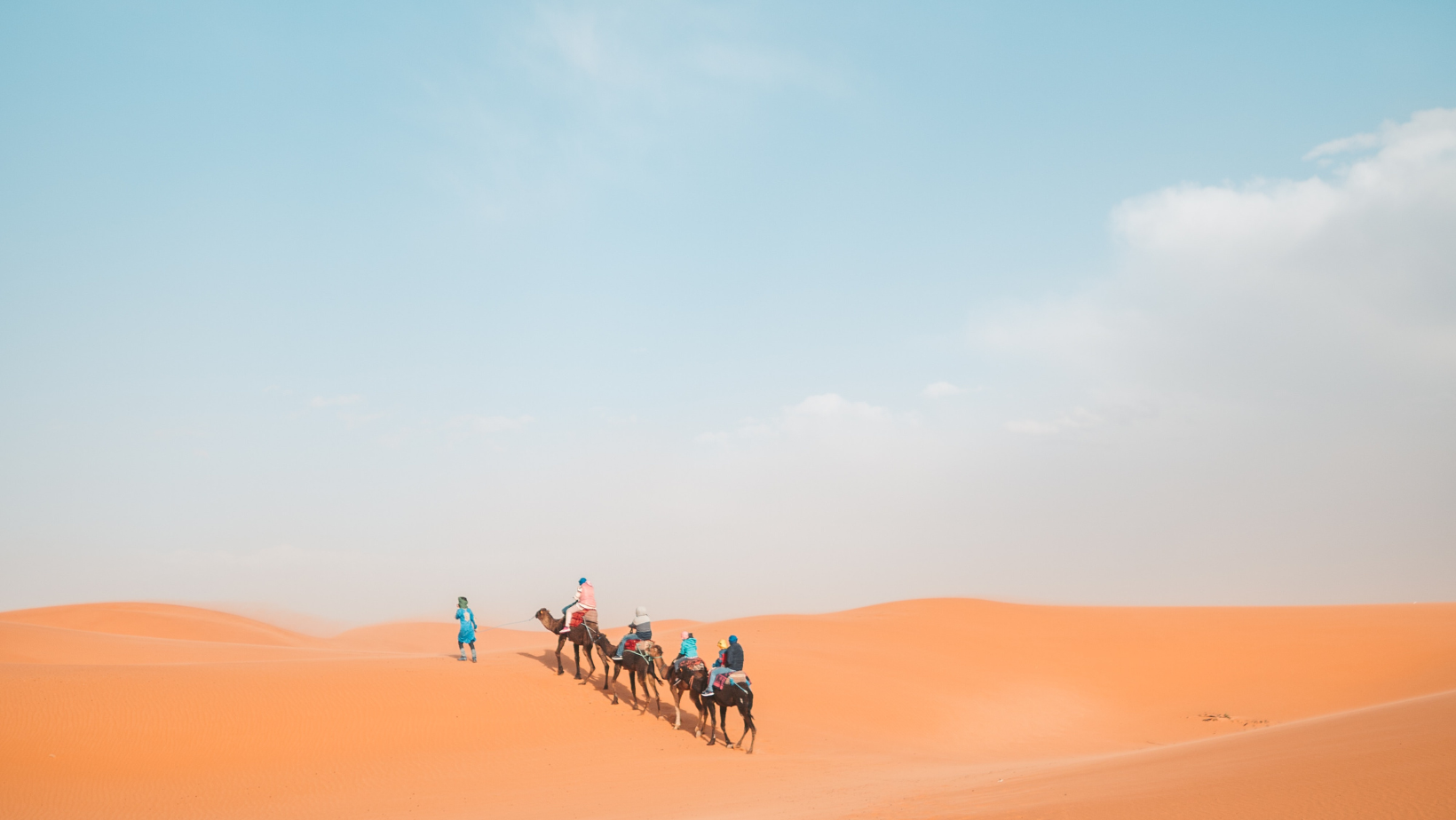 If you have walked along the Scatter journey, then you've heard us encourage everyone to understand their God-given SHAPE. The acronym SHAPE stands for:

But how do we move from acronym and concepts to real life?

One way is by learning from the SHAPE God has given other flesh-and-blood humans. Learning from others is especially true when it comes to reading the lives of people in Scripture because that’s the reason God put their stories in His Word. People in the Bible are a reflection of you and me and the issues we all deal with as we learn the ways in which God wants us to live for His glory and the good of others.

This article will look at the SHAPE of one of the most well-known Old Testament characters, Joseph. The story of Joseph is so popular and moving that Andrew Lloyd Weber collaborated with Tim Rice to write the musical Joseph and the Amazing Technicolor Dreamcoat.

Genesis Chapters 30-50 contain a wealth of information about Joseph from his birth to his death. By sorting through this information and learning about the SHAPE God gave Joseph, there are several valuable takeaways that can help us understand the SHAPE God has given us.

So, what was Joseph’s SHAPE and what can you glean from him about your SHAPE?

God also gave Joseph an uncanny ability to immediately evaluate a situation and know what to do. Pharoah recognized this was a special gift from the Spirit of God when he declared, “Can we find a man like this, in whom is the Spirit of God?... Since God has shown you all this, there is none so discerning and wise as you are” (Genesis 41:38-39 ESV).

Joseph’s Holy Spirit given ability to immediately evaluate a situation and take appropriate action was wisdom and discernment on spiritual steroids!

God gave Joseph a heart to lead. This passion is seen throughout his life. We see this displayed in the two dreams he related to his family, that they would one day “bow down” to him (Genesis 37:5-11). We also see the heart for leadership manifesting when he rises to positions of influence as a servant in Potiphar’s house, a prisoner in the king’s prison, and as the ruler over Pharoah’s kingdom (Genesis 39-41).

Notice that in the household, prison, and kingdom, Joseph was not seeking these positions. Others recognized his heart to lead and appointed him to these positions. When the opportunities to lead were presented to him, he accepted.

Joseph’s passion to lead was refined by a parallel passion for stewardship. He was committed to seeing the resources of others used wisely with accountability. As the favored, teenage son, he held his brothers accountable for their actions as shepherds in the family business (Genesis 37:2-3, 12-17). As ruler of Egypt, he held his brothers accountable for their traitorous actions as human traffickers who sold him into slavery (Genesis 42-44). When responsibility was entrusted to him, he proved himself trustworthy (Genesis 39:1-9, 21-23).

When he was appointed by Pharoah as “famine relief organizer,” he developed a plan with overseers who would manage a storage project so as not to waste the abundant grain production during the seven years of plenty (Genesis 41:33-49) and who would wisely ration out the grain, so it did not run out during the seven years of famine (Genesis 41:53-57).

Undergirding this sense of accountability in human relationships was his realization that ultimately, he was accountable to God for all his actions (Genesis 39:9). He was not just a steward of people and things. He was a steward of God.

There is certainly cross-pollination between Joseph’s spiritual gifts, passion, and the abilities necessary to express them. For instance, from the Genesis Scriptures already shared, it’s obvious that God gave Joseph management and planning skills that allowed him to lead as a good steward.

However, it’s also obvious that as a young lad, he was lacking in people skills. Cockiness and snitching do not win friends and influence people! However, over time he developed an ability to observe people which led to asking good questions about their lives (Genesis 40:6-7).

Joseph also had an ability to put people in situations that would grow their character. This is what the scenarios with his brothers in Genesis 42-45 are about. Some may see these as shenanigans Joseph designed to be mean to his brothers, teasing them and making them hurt for the ways they wounded him. However, rather than teasing them, he is testing them. He is testing them to see whether they have changed since they trafficked him 20 years earlier.

He is forcing them to face their past so they can move forward into a fruitful future. That’s not being mean. That’s love!

Like you and me, Joseph was a mixed bag when it came to his personality. As a teenager he was cocky. He wanted the spotlight of attention. He would twist the facts to make himself look better than others. He was quick to let people know what was on his mind. He didn’t hesitate to show off his designer clothes. And he was so stuck on himself that he was completely oblivious to the reality that he intensely rubbed everybody the wrong way (Genesis 37:2-24).

Is narcissistic extrovert too strong a phrase to describe this teenager’s personality? Imagine what he would be doing with Tik-Tok if he were a teenager in today’s world! 😊

However, we also see Joseph did not remain a teenager, either in age or personality. The cockiness was untwisted so it became a beautiful confidence in God. He became a very compassionate person. At least eight times in Genesis 42-50 we are told that Joseph wept. He was transformed from one who was oblivious to the feelings of others to one who was sensitive to the sadness he saw in the faces of others.

He learned that rather than promoting himself, he needed to trust God to let others promote him. And rather than shading the facts to make himself look better, he became a highly trusted person of integrity, even when he had to pay a high price for doing what was right.

One of his major shaping experiences was his dysfunctional family. When you read the family environment in which he grew up, it’s no wonder that he was an emotionally unhealthy teenager.

His father, Jacob, had a reputation for being a con man. And he had four wives whose relationships were marked by jealousy and insecurity. Joseph’s mother, Rachel, died in childbirth when Joseph was likely still a young boy. Joseph was treated with favoritism by his father. This special treatment gained him a special multi-colored coat, which Joseph strutted around in like a peacock in full fan. This led to intense sibling rivalry that became so heated the other brothers hated Joseph and wanted to murder him.

Another influential shaping experience was his 13 years of unjust hardship. He suffered the trauma of being thrown in a pit, thinking his brothers were going to murder him. He then suffered the trauma of human trafficking, when his brothers sold him to slave traders who sold him to a soldier in the foreign land of Egypt. While serving as a faithful slave, he was sexually harassed, falsely accused, and thrown into prison. When his hopes were raised about getting out of prison, he languished in that pit for two more years.

But there was another shaping experience in the hardship that sustained him and enabled him to flourish both as a slave and as a prisoner. He experienced the presence, favor, and flourishing of God.

First as a slave in Potiphar’s house: “The Lord was with Joseph, and he became a successful man, and he was in the house of his Egyptian master. His master saw that the Lord was with him and that the Lord caused all that he did to succeed in his hands. So Joseph found favor in his sight…” (Genesis 39:2–4).

When we look at Joseph's SHAPE it is overwhelmingly evident that God had him right where he needed him to be. His role in God's kingdom plan was no accident and the same is true for you. As you discover your God-given SHAPE, you will see how you too have been uniquely designed to image our creator in the world - in ways that only YOU can.

So what can we learn from Joseph's SHAPE? How does unpacking his SHAPE help in understanding our own God-given SHAPE?

Terre Haas is a Jesus follower on the journey of learning to live fully alive in Christ. He began his journey with Jesus when a freshman at Georgia Tech. It has continued through forty-seven years of marriage, two sons, three grandchildren, twenty-four years as pastor, and seventeen years as Pastoral Ministries Director for Operation Mobilization. Because of his SHAPE, one of the times he is most fully alive is when he is passing on the truths of God’s Word to others through speaking and writing. He has become especially consumed with learning more about the Kingdom of God and the various ways that King Jesus is working through His people to answer their prayer, “let Your kingdom come.”

Blog: Let Your S.H.A.P.E. Guide Your Role Within God’s Kingdom.

Book: Andrew Scott’s book Scatter: Go Therefore And Take Your Job With You, Chapter 6 “Unique: Made by Excellence for Excellence.”

Video: Watch this 3-minute video in the Scatter Foundations Video Series, Episode 4 How We Fit. 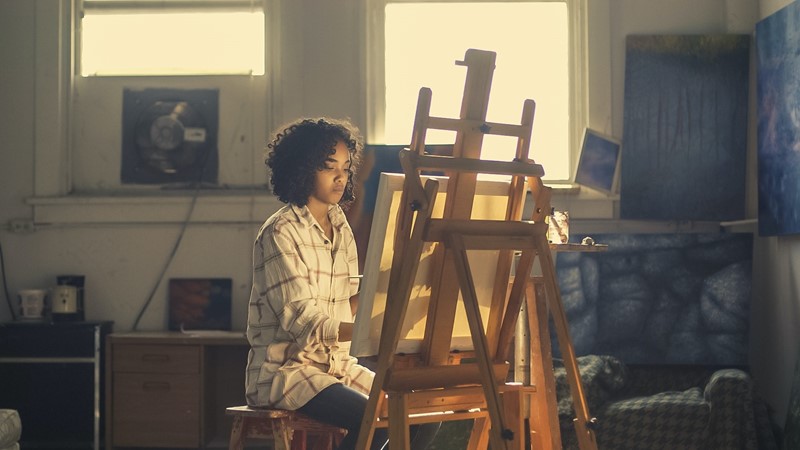 Let Your S.H.A.P.E. Guide Your Role Within God’s Kingdom – Part 1
If you’re looking to participate in God’s kingdom story, forget about job openings that someone is trying to fill. Focus instead on the God-given shape that defines your role in life. When ... 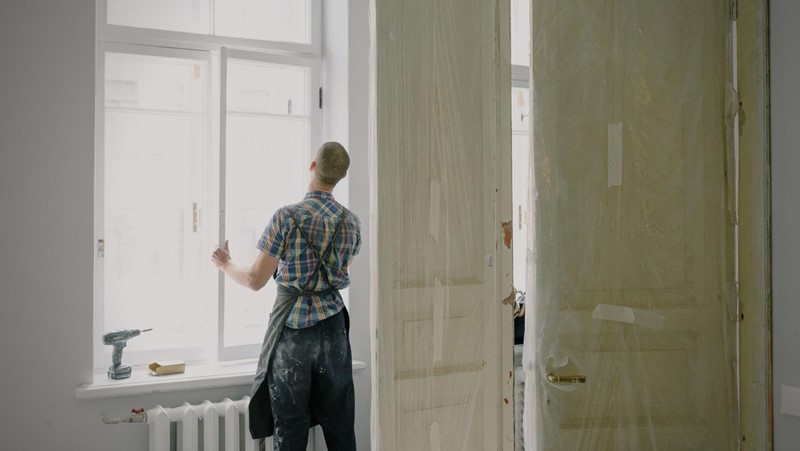 SCATTER STORIES: Building a Vibrant Community in the Workplace
Dakota – Operations Manager, USA. "That's why every Monday morning, I tell my guys to take their shoes off so I can wash their feet. Just Kidding,” Dakota says jokingly. No, for ...